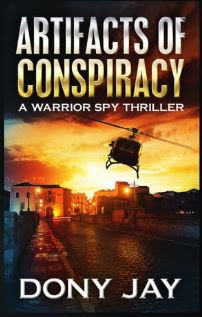 Reagan Rainey was eleven years old when CIA men came to his house and broke the news that his father was dead. And so for the past twenty years, he and his family believed just that. But when a Russian spy named Moses suddenly comes forward and teases a tightly held secret from the past, Rainey's world is turned upside down.

As part of the ensuing internal CIA investigation, Rainey - Delta Force special operator turned CIA operations officer - is dispatched to Great Britain to find out what really happened to his father and why. After narrowly escaping gunmen in England and an ambush in Spain, Rainey mounts his own operation that will lead readers through the spy-rich streets of Vienna and Prague and to the doorstep of Moscow. And leave Rainey staring face to face with a killer.

In his most daunting mission to date, Rainey will do whatever it takes to discover the truth. For his country, his family and himself. A truth that will challenge the very fiber of his faith and just might shake America to its core.

Publication date: May 1st, 2017 on Amazon and where good books are sold.


This is the much-anticipated sequel to The Warrior Spy. This novel elevates this series to the next level. I thoroughly enjoyed this instalment. Jay seems to have improved on all aspects of his writing craft, but that is not to say that he had not established a well-crafted novel in his debut of The Warrior Spy.

After reading these two instalments, I have come to the conclusion that this Warrior Spy series would make an excellent introduction to this genre for someone who either has not read in it or struggles to cope with the intricacies of special ops, military covert operations, clandestine activities and the special bond that exists between the members of their unit. I have read other novels in this same genre where there is so much terminology, abbreviations, acronyms, that the first two or more novels in the series act as a training ground for the reader to understand what special ops are all about. Not so with the world that Jay creates. There is fewer of such in his novels. That does not mean that Jay's depiction is any less complicated in plot, action, suspense, characterisation or the depiction of the world of the covert special ops team and their assignments. It is comparable or more so.

I enjoy it better in Jay's world of special ops. He concentrates more on the human side of the special ops team dynamics. I find this to be a winner in this series. A breath of fresh air.

Reagan Rainey is further depicted as a man of integrity and faith in this instalment. I love the inclusion of the actual prayers that Ray (Reagan) and Maddie pray during the times when they know that they have come to the end of their abilities and expertise and commit the future of their team's latest endeavour to God. So many times in Christian novels, the author states that there was prayer and not what it was about. Some readers and authors alike seem to consider that showing the content of the character's prayers weighs the plot down with "unnecessary spirituality" or that it will offend the unbeliever. What a sad indictment that is! If this is the case, why mention prayer at all? Why classify it as Christian fiction at all then? If that novel is supposed to be a Christian novel with Christian characters then should not prayer be a part of their everyday life? Is it not part of the Christian author and reader's lives? Why do these readers and authors dislike seeing this in novels that depict situations where we need to submit our lives and their events to the Lord? We need to show our faith to our family, friends and everyone we meet or interact with, live it out as the Bible instructs us to do. If fiction is to be seen as credible then it needs to portray life as it is no matter what or who is being depicted. Poetic licence is part of this as well.

I find it refreshing seeing the characters prayers in detail. I love hearing the prayers of my Christian brethren. It shows their heart toward God and uplifts and edifies my own love of God and His brethren. It strengthens my faith. So it does when I see the same depicted in novels. I can classify Artifacts of Conspiracy as one of these.

Christian fiction is not only to entertain but to edify and educate the reader in Christian living and increase their faith in God. Or to stimulate a faith in God if they are an unbeliever. By including prayer in his novels, Jay achieves this and more. Christian novels in the special ops/military genre, where prayer is absent, only concentrate on the abilities of the team members and the strategies of the military. To me, it sends the wrong message. You cannot have a relationship with Christ and leave Him out of your affairs, otherwise, you are living your life in your own strength and not His. On this point, Jay shows the positive effect living out his faith and being a witness to Christ has on at least two members of his team. The character of Job has his faith challenged by Ray's resolve that God has taken them this far into rescuing his father and he is not giving up on God ,

"You did what?" said Job.
"Trust me. Everything is gonna be fine."
"You seem awfully optimistic."
"Because this fight is righteous, Job. God has led us this far. I trust that He will take us the rest of the way. Not saying it'll be easy but all I can do is trust Him. That and fight like the dickens to bring my dad home. God as my witness, I'm gonna bring him home or die trying."
Another tear streaked Job's face. "Your faith is a lot stronger than mine, Ray...."


Ray presents the Gospel to him and applies it to their field of duty and gets Jazz thinking about the Gospel and God. Jazz still considers Ray to be a man of integrity and goodness.

It seems that Ray's faith has formed the basis of his integrity as a man, a warrior spy and team member.

If there is one thing that Jay has shown in both these novels, is the need for faith in this field of special ops. As he explains to Jazz when he questions Ray about God allowing believers to suffer (in relation to Ray's father), Ray answers,

"I don't have all the answers, Jazz. God never promised that bad things wouldn't happen to good people. Think of it in terms of our world, doing what we do... No one ever told us we'd never face adversity in carrying out our objectives but it's all about how we deal wit it and overcome it. All I can tell you is that I rely on my faith to get me through the tough times. To be honest, I'd be a wck without God in my life."

Jay raises a good point here. Using the special ops team to illustrate how to cope with what life throws at us in this fallen world, it is faith in God and being in submission to Him that gets us through these troubled times with little or no detriment to our being. How many of us end up with various mental and physical ailments when we try to do this in our own strength? Look at the degree of Post Traumatic Stress Disorder that exists amongst the civilian population from traumatic experiences (domestic abuse, rape, physical/emotional violence, acts of nature, marriage/relationship breakdown, etc) but especially those of the armed forces, and those of the police and medical fields and other related occupations?

I pray that whether a reader is a Christian or not, that what Jay has included here will challenge both these type of readers. The former to increase their faith in God and allow Him to have His Will in their lives and the latter to have a seed of faith planted or harvested resulting in them believing who God is and their need for Him.

I loved the further development of Maddie in this novel. This is a wise move on Jay's part and adds a further layer of complexity and depth to the plot structure for this novel and future ones. It also strengthens the team dynamics. Female readers in this genre should be pleased with this development. (I am not intentionally being politically correct here!).

Jay uses this novel to develop the interpersonal relationship between the team members and we get the chance to become more endeared to them. The next novel should be even better in this regard as it will include Maddie's further involvement and the inclusion of one more important character.

Again, Jay has not let the reader down with the action, suspense and intrigue concerning the plot. I would love to know the extent of his research into the construction of this novel relating to all the elements that make this one very hard to put down story. It is very well done. I agree with the comparison of The Warrior Spy to that of authors as Robert Ludlum, Brad Thor, and Vince Flynn. Jay continues this with Articles of Conspiracy. It is obvious that Jay is not plagiarizing the formula from these authors but developing his own and so he should.

I will predict that readers of this novel with be further hooked on this series. I do see a bright future for The Warrior Spy series. Jay has more than enough infrastructure to progress this further.


To buy Artifacts of Conspiracy, click on the link below: 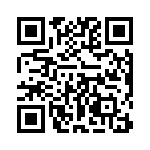